"It's a sad thing to live your life without this deep-rooted sense of connection to your purpose. Like a lightbulb without a lamp, this kind of disconnect fosters dark and foreboding feelings in the soul. Whether you are the manager or the employee, the homemaker or the home builder, what matters most is that you have been awakened to your purpose and enlightened to the inner fulfillment that it affords."
-Bishop T. D. Jakes

Posted by Mutherford at 10:58 PM No comments:

My coworker, Anna Brown, did an amazing job putting together a schedule of summer activities in St. Louis. Way to be awesome, Anna!

There is no excuse to being bored in St. Louis over the summer.

What else do we need to add? Let me know and I'll put it on the list!


A Celebration of Food & Beer Featuring:

http://www.stlouisco.com/Portals/8/docs/Document%20Library/parks/PDFs/CGC/GardenClubCalendar.pdf
9 a.m. on the first Saturday of each month (except July & September)

http://www.skyview-drive-in.com/Movie_Listing_00.htm
Prices: Adults $10 each, Children (12 and under) 2 Free* per each paying adult, Each additional child $3, Cash Only

Festival of the Little Hills

Jungle Boogie at the Zoo

http://www.sfstl.com/
In Forest Park May 17-June 15, every night except Tuesday

And of course the traditional list of things to do in St. Louis that doesn’t involve Schedules (minus the baseball)

Posted by Mutherford at 5:17 PM No comments:

Small steps and the art of allowing

I've been extra emotional over the past few days but I am forging through and feeling optimistic.

It may seem that I spend quite a bit of time on Facebook. For one, it's part of my job as a digital content strategist. For two, I love seeing where people are in their lives - their evolutions, who they surround themselves with nowadays, what parts of their faces they passed along to their children, what they do for work, what they do for fun, where they've traveled, what stirs their emotions - as a people watcher, it's like an online and far more personal version of sitting in the airport. For three, I see it as a bit of a personal archive. I love going back through the pictures and comments I have posted, reminiscing on where I was in life and how things have changed. And, finally, I love reading posts and articles and perspectives and learning new things and uncovering new ways of viewing the world from people. On that, I came across two things that really spoke to me today.
One was this:

I like being subscribed to this "Begin with Yes" page - it's like a daily dose of hope. This particular post spoke to me because I am struggling with my sense if purpose - what's this life about? Is this as good as it gets? Am I doing what I am supposed to be doing? Etc. The good news is that I am learning how to live in the present and to not underestimate the day of small things, as I recently posted. I like, as this image above mentions, the idea that today's small step may be the one that I look back on as a giant leap forward. You just never know, right?

The second bit of brilliance I read today was an article called "The Art of Allowing." I can't even summarize it or do it any sort of justice by providing highlights. If you're at all curious about what it means to deliberately allow people and things to be as they are, I encourage you to read it.

Be blessed today, friends!
Posted by Mutherford at 8:47 AM No comments:

From special to snubbed

Man, two year olds can really be hot and cold.

Last night Hannah and I shared a moment that felt very special to me. I was sitting on the floor and she got behind me, put her arms around me, and started rocking me. Then, she broke out into song: "Rock-a-bye, mommy, on the treetop..." She doesn't know all the words so she improvised. It was incredible. I sat there with her little arms around my neck, cherishing the sweetness, feeling like the luckiest.

But, less than half a day later, I woke up to hear her telling daddy that she didn't want much of anything to do with me.

"No mommy," she said sternly.

"Well, let's have mommy come get you dressed," Jason told her.

Yes, I realize she's two. But it still doesn't feel good to be snubbed! She continued to tell him that she didn't want to see me, didn't want me to change her pants (which is normally fine by me), didn't want me to help her brush her teeth or do her hair or pick out her clothes or do anything.

"Daddy do it!" she said repeatedly.

How can we go from special "rock-a-bye mommy" time to this? I'm sure she will be excited to see me later today when I pick her up from daycare, but it still hurt my feelings. Sometimes I feel like no matter what I do, she will always prefer her father. I know she loves me and needs me and everything, but I wish she would light up for me the way she lights up for him. I am grateful she loves him so much and he definitely deserves her affection. I just have a hard time sometimes when I feel like I'm on the junior varsity team.

Posted by Mutherford at 12:48 PM No comments:

This is a minute-long snippet of Jim Carrey's commencement speech to Maharishi University of Management’s class of 2014 that spoke to my heart today:

"You can fail at what you don't want, so you might as well take a chance on doing what you love."
Posted by Mutherford at 10:32 AM No comments:

Out of retirement and onto the green.

Maybe this what Brett Favre feels like every time he signs another football contract. Or perhaps what Jay-Z felt like when he released his Last One, Guys - I Swear album. Either way, coming out of retirement is not only trendy, but necessary to remain relevant, so that's what today is all about.

I'm breaking out my clubs, and ending my golf retirement. Whoa.

The last time I golfed was a special time. I was pregnant with Hannah, and I was really freaking hungry. A group of us had gone to play a round at the local par 3. I couldn't have cared less about how I was performing - it had been a long day and mama was ready for a burrito.

We approached the 18th hole and I muttered something about - this better be fast. And it was. It was as fast as a hole could go.

I hit the ball - very poorly, I might add - and it shot down and diagonally across the green. It hit the edge of a bunker. It rolled up and a little northeastern toward the hole. I hear Jason say, "Holy crap, that's gonna be close!"

I threw my club in the air and everyone jumped and yelled. Someone hi-fived me. I think it may have been Jesus because this was a freaking miracle.

We yelled and screamed and I hurried up into the clubhouse because I was seriously starving by now. They took my picture for their "hole in one" wall. Some sucker at the bar made a comment about how I am supposed to buy everyone a round (look, dude, if mama can't drink, ain't nobody drinking). Then I went to Chevy's Fresh Mexican and had myself a burrito. Dang good!

So, that was well over two years ago, and I have been busy managing my procreation and haven't hit the greens since. But, today, my dear sister-in-law invited me to participate in a fundraising golf tournament, and I obliged. Since the last time I played I have put on 30 lbs, made a human, and herniated a disc in my spine, so here's hoping this is mostly painless. I'm not shooting for any holes-in-one, but in the rare case it does happen, I will head out for another celebratory burrito and definitely hang up the clubs for good. It doesn't get much better than that.
Posted by Mutherford at 9:08 AM No comments:

Do not despise these small beginnings 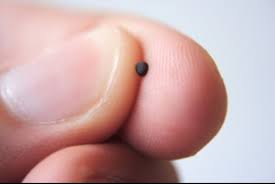 I have a condition called "perfectionistic paralysis." It means that I have trouble doing certain things unless I think I can do them perfectly. The condition is particularly prevalent when it comes to things in which I am emotionally invested.

I used to paint a lot when I was growing up. I haven't really painted in awhile.

I have written a lot of poems and songs that have never seen another human's eyes or ears. I finally picked up a guitar the other day for the first time in over 2 years.

My head is filled with "shoulds." I should just do these things anyway. I should be better at them than I am. I should be invested. I should carve out the time to do them. I should want to be passionate. I should feel differently about it.

I've tried. I don't yet. I am in the process of changing my mind, and it is hard. I have to come to terms with the fact that I may not be perfect at these passions in order to alleviate my paralysis. I have to take simple steps and accept my own resistance in order to surrender.

Zechariah 4:10 says, "Do not despise these small beginnings, for the LORD rejoices to see the work begin..."

Can just beginning be good enough for me? Is perfectionism really anything more than preoccupation with the end of something? The final product?

This is my confession and commitment to try to accept each day for what it is and realize what it's not. It's not the end. It's always the beginning, and it may feel small, and that's OK.
Posted by Mutherford at 10:21 PM No comments: